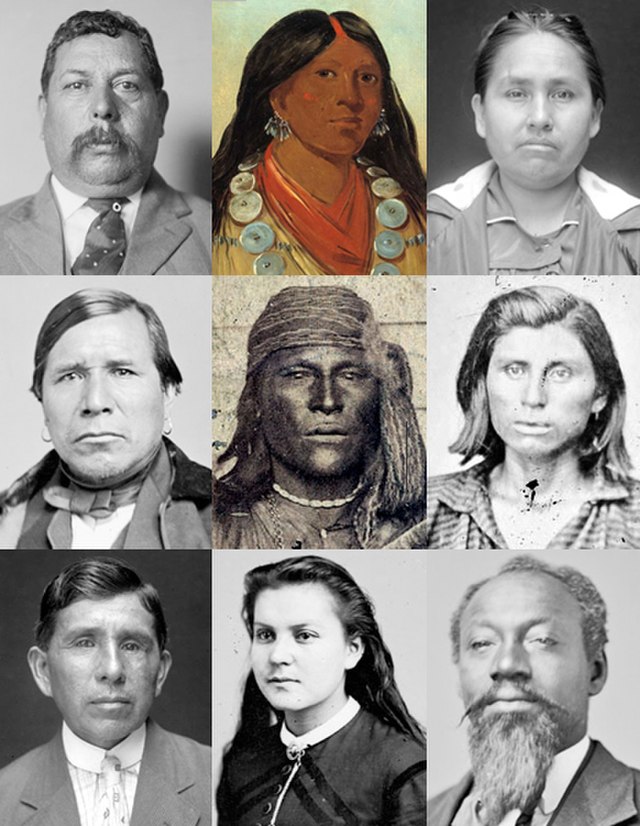 The Muscogee (Creek)Nation sent their ambassador to speak at a Senate Hearing on July 27, 2022. “Hensci. Jonadev Osceola Chaudhuri cvhocefketos”(Hello, my name is Jonadev Osceoloa Chaudhuri). Yes, he spoke the Mvskoke language in a Senate hearing, then he reintroduced himself in English.

However, the Ambassador did not translate the second part of his Mvskoke greeting “Hesaketemese Ibofanga Omvlkvt Puyafekcv” (The Giver of Life, the Creator, rules All, the Spirit Within, (direct translation difficult) which might be considered a prayer, which will mean more at the end of this essay.

“The sovereignty of all tribal nations is under attack,” Mr. Chaudhuri stated. The reason for this hearing was the push by Democratic Representative Maxine Waters, who has maintained a concern for the Freedmen, Indians and/or Black descendants of the Five “Civilized”Tribes who have been largely excluded from membership in the Creek, Choctaw, Cherokee, Chickasaw and Seminole tribes.

These Five Tribes have often framed their resistance to accepting the Freedmen is that it’s a matter of Sovereignty, their inherent right to determine their own membership without interference from the US government. The tribal governments have often claimed that the Freedmen are not really Indians, but are Africans purchased as slaves by Indian masters, and not “Indians by blood.”

To hear Ambassador Chaudhuri address a Senate Committee in Mvskoke Opvnkv (Creek Language) made me proud, while I was disappointed with his message, that further enrolling of Black Freedmen, against the will of the Creek nation was a violation of the tribe’s  independence. You’d think a family  welcoming back its ostracized members would be a good thing.

My point here is not to criticize Ambassador Chaudhuri, because I learned a few things from his brief testimony. He is a descendant of the Upper Creek Town of Fish Pond, and like most Upper Creeks towns, opposed slavery and aided Black slaves in escaping White-owned plantations. This he learned from his mother (more on this esteemed elder to come). The Upper Creeks also intermarried with Blacks, something that even ex-Confederate appointed Chief (picked by Pres. Woodrow Wilson a Klan sympathizer) G.W. Grayson admitted in his autobiography.

The Ambassador told of the large faction of the Creek nation who fought for the Union in the Civil War, alongside Black soldiers.  He painted a picture of a Muscogee Creek Nation that had maintained a relationship with Black people over three centuries, and had opposed slavery as a principle of their traditions.

Yet he was using exclusion of certain Blacks, those not “Creek by blood” as a foundation of Creek Sovereignty.  Does Sovereignty mean rights, but not responsibility, for all Creek people?

Ambassador Chaudhuri’s arguments were not entirely new to me, and I have a tenuous connection to him going back a few years. Let me explain.

When I lived in the Bronx, New York, my wife found a shop off Broadway, the Riverdale Country Store. The owner was ninety-plus Jewish woman who had travelled extensively in the western states, and she sold arts and crafts from the Native artisans she knew personally.  When I first visited I told the owner I was Creek, she pointed to a framed photo on the wall, an image of herself and a Creek author, Jean Chaudhuri.

The elder said she had met Jean Chaudhuri in Arizona, and that Ms. Chaudhuri had passed away a few years before. Her husband finished a book, largely based on Mrs. Chaudhuri’s extensive knowledge of pre-Christian Creek Tradition.  The book was called A Sacred Path: The Way of the Muscogee Creeks.

The store owner ordered a copy of it for me.  A few months later, I ran into her in the grocery store, accompanied by a home health aide. She said rising rents had forced her to close the business. That was twenty years ago.

A Sacred Path is a great book.  Jean Hill Chaudhuri and her husband Joyotpaul Chaudhuri, of South Asian origin, wrote what may be the most extensive treatment of Muscogee spiritual tradition. She dictated much of the text from 1993 until her death in 1997.  Mrs. Hill was raised Traditional, and she was also raising her sons as Traditional.

So this month I was eager to hear what her son, now the Ambassador to the Creek Nation, had to say about the Freedmen issue and the 1866 Treaty.  I wanted to assess whether his Senate testimony was consistent with his mother’s own writings on the issue.

I pulled out my copy of A Sacred Path to find out. In the chapter “Ethnicity and Diversity in Creek Traditions,” several pages are devoted to the positions of Blacks in traditional Creek society: “Historically, non-Creek blacks have been adopted into the spouse’s Creek family, and over time, the non-Creek could be adopted into the sponsoring elder’s family. From then on, gradually the lineage would return to the Creek fold.” (p. 61) By using the term “non-Creek blacks,” the authors imply there were “Creek blacks.” In other words, folks who might be seen as Black were fully integrated, or born into, Creek society.

So how does Ambassador Chaudhuri’s testimony square with his mother’s teaching? First, he is under no obligation to follow her opinions, and he also represents the Muscogee Creek Nation, not just himself, when he testified before the Senate.

But I believe the Ambassador, and the Creek Nation, could do better.  I cite the glossary from A Sacred Path for the term “Anogetchka”(vnokeckv) which means “heartfelt love,” (p. 180).  More thoroughly explained on page 101: “Anogetchka”is the “deep-seated principle of love which is at the heart of nature…In marriages. Of course, anogetchka has direct physical referents. In a community,anogetchka emphasizes the meeting of minds, while in theology, it becomes holy communion with spirit… Anogetchka applies to relationships with non-Creeks andprovides the referent for the human freedom and the absences of slavery andimprisonment in the Creek world.”

Anogetchka/vnokeckv means more than an emotional love, it can mean an embracing love, a love that can expand to include new people and even the cosmos.

Creek Professor Craig S. Womack has provided me the best guidance on this tension between love and sovereignty, when he writes about “imagined sovereignty”: “A tribe can win all the court cases in the world, but if its members are not sovereign inside their heads,the court victories will not do them much good.”[1]As Dr. Womack might ask, in this era of marriage equality, what good is this sovereignty if it forbids the tribal family from loving and caring for all its relations?

As Dr. Womack also writes, “Creeks believe that physics is held together by, of all things, love—that compassion is the very force that keeps the orbitals in alignment.”[2]

While Ambassador Chaudhuri defines Creek citizenship on questionable legal concepts such as “Indian blood,” he should have a discussion with Dr. Womack. He should also revisit his mother’s teachings in A Sacred Path, about the very spiritual demand of expanding the realm of the tribal/national family with Anogetchka/vnokeckv as its gravitational center.

The solution will not be solved by more litigation. It will be a revelation, perhaps after a long session of prayer. If Love can steer the stars, as sung in the “Age of Aquarius”, love can steer the Muscogee Creek Nation.

Oversight Hearings on “Select Provisions of the 1866 Reconstruction Treaties between the United States and Oklahoma Tribes”, July 27, 2022, timestamp 58:35 to 1:04:33,Ambassador Chaudhuri’s testimony, www.Indian.senate.gov