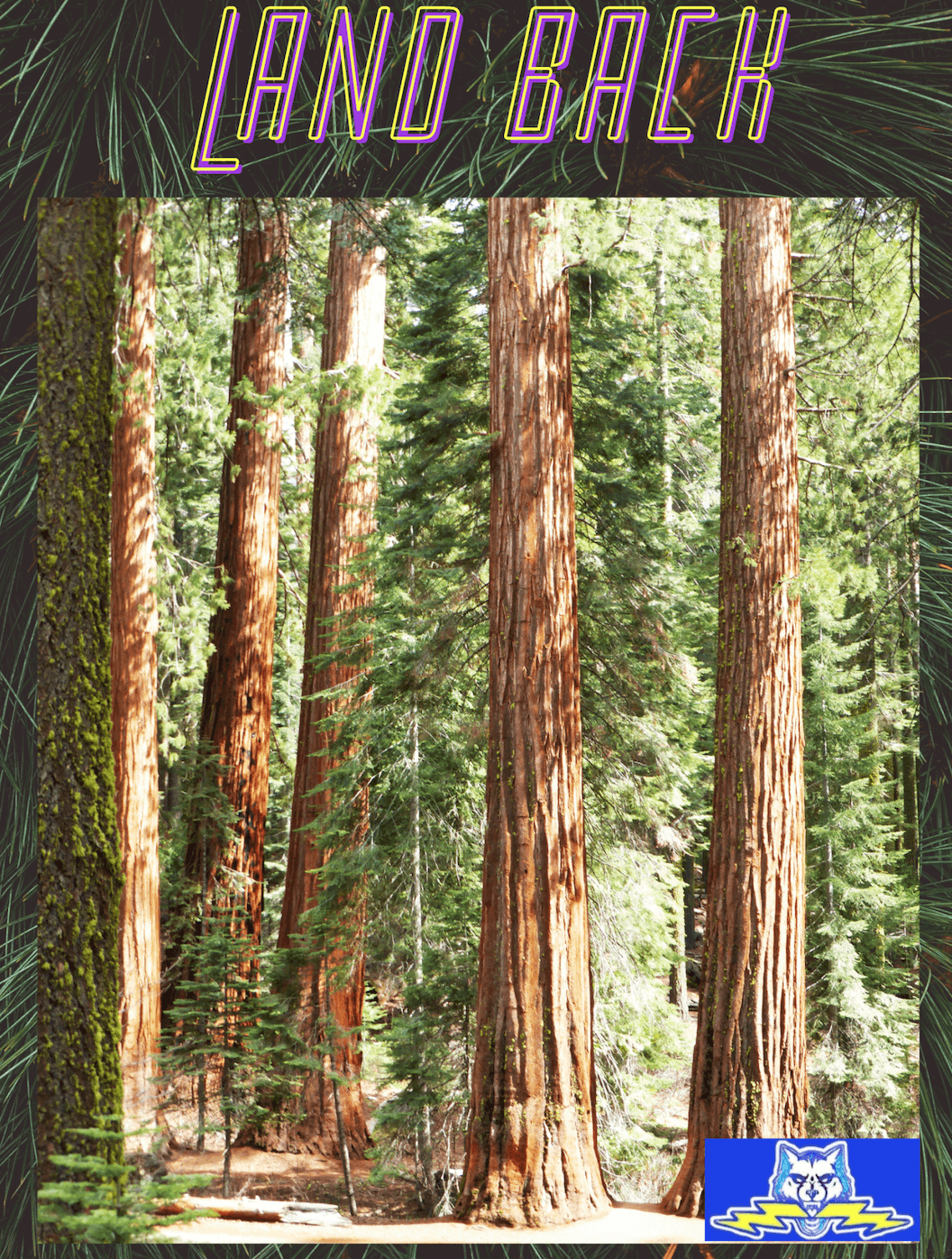 Many NGO’s (non governmental organizations) have directly benefited from or are directly involved in land theft and eugenics. Perhaps knowledge of this is seeping out into the environmental movements. A ngo in so called California has returned 500 acres of stolen land to 10 native tribes.

To politicize this, we must acknowledge that even settler academics, scientists under capitalism and settlers as a whole are powerless to stop environmental degradation due to colonialism because they are the cause of it. The redwoods are dying, and settlers are afraid to live out the totality of the death they are causing. For a hundred and fifty years they thought they had it going on. It is now obvious that capitalism, white supremacy and amerikkkan exceptionalism are all lies perpetuated by an alien occupying force that happens to be the most violent nation on the planet. Consumed, trapped in the belly of the beast. The beast has become ill from eating genocide. Capitalism a glorified Ponzi scheme has run its course like a wildfire across our continent. However, wildfires germinate new plants and regeneration will begin as soon as the wildfire extinguishers itself. Some of the settlers are losing their will to be the cause of their own death and are becoming early moral adopters of the land back movement by returning stolen land to the indigenous peoples who stewarded them since time immemorial. I for one am always impressed when people choose to act in beneficial and benevolent ways based off of ethics. Not that they should get a boost to the ego and satisfy a savior complex as im sure some of this is attributed to but more as we can acknowledge peoples attempts to get on the right side of history. Massive unmeasured restitution and reparations are owed to the indigenous of the western hemisphere and the world over. We sing a tiny but sweet honor song for the settlers who chose to unsettle themselves and give back what was stolen. Sincerity would be to end capitalism, the source of all exploitation and bow to indigenous rule but we will accept this token of good faith. There are indications that indigenous peoples still had to come up with 4.5 million to get this land back.

Red Power to the tribes to regain land which is the source of power. It is our wishes as the resistance that thought be given to the movement that sacrifices of its precious time, resources, our personal safety, and mental wellbeing. If land could be given to indigenous resistance groups rather than tribal governments. I.S.R seeks land for Pan Indigenous Revolutionary Government. The movement was the unpaid labor that made all this possible by applying political pressure. Power concedes nothing and political change requires force. The oppressor is not just going to give up without a fight and that very massive and ongoing honor song goes to the resistance including those of us who have given up our faces to be seen and lost our names to be seen. Those invisible. Red Power! On and on. Wild forever. Red Power!