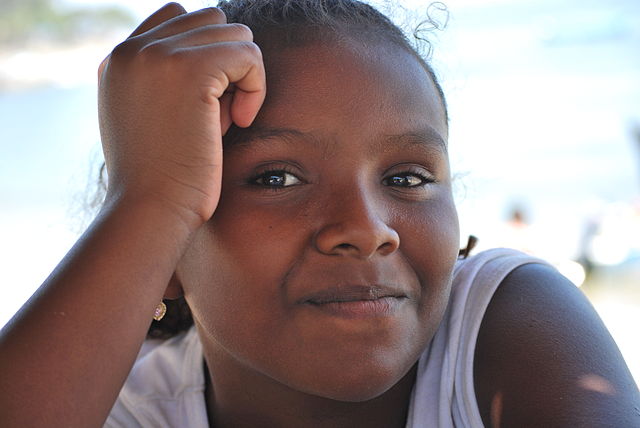 The dispersion of the old Mvskoke Creek Nations has left surviving communities in places as far afield as the Bahamas, Texas, and northern Mexico. Recently, I learned of another community.

This “discovery” (as in Columbus “discovering” America) came to me while watching a documentary about the Afro-Mexican community of Coyolillo, in the state of Veracruz.  The video featured dancers, wearing hand-crafted masks of various designs.

Veracruz state, on Mexico’s Caribbean coast, has had an African presence at least since the Spanish invasion. The city of Veracruz once functioned as colonial Mexico’s busiest slave ports. In 1570, one group of forced laborers revolted under the leadership of Yanga, an African-born rebel who established a colony in the highlands, never again to live under Spanish rule.

But Gaspar Yanga’s maroon colony was not the last African-descended community in Veracruz. Thousands of other African descendants remained there after Mexico abolished slavery, and mixing with local Indigenous people created, at a conservative estimate, a few million descendants most accurately described as “Afromestizo/a.”

The surprise to me came when the onscreen anthropologist said that the pueblo of Coyolillo was established by people from Florida. Yes, that Florida on the north coast of the Gulf of Mexico. In particular, the port city  of Pensacola.

When  West Florida was transferred from Spanish control to British control, thousands of Pensacolans fled the colony, traveling down the coast to Spanish-controlled Mexico. The Pensacola group included formerly enslaved persons, some French-speaking women, and Indigenous people from that same part of West Florida. They established the Mexican town of San Carlos in 1765.

Their descendants expanded into other Veracruz communities. Even though slavery was still legal in New Spain (Mexico’s colonial name), the Africans who came from Pensacola were granted freedom by promising to serve the Spanish crown.

As for the Indigenous members of the displaced Pensacolans, it was clear they must be Mvskoke People–Creek Indians, Yamassi, Seminoles and Apalache Indians from the Spanish missions in Florida. All three of these tribes speak languages in the Mvskoke, or Creek, language family.

The documentary confirmed my suspicions  at timestamp 20:35. A local woman is shown preparing food for the festival. Among the dishes is “pan de maiz mascogos”, translation: “Mvskoke corn bread.” Unlike Mexican flatbread, Mvskoke corn bread, looked exactly like baked cornbread from the U.S. South, the cornbread offered in US Soul food restaurants and seen at Black church dinners.

So Afromestizos in Coyolillo consider Mvskoke, or Creek Indians, as among their ancestors.  Further north, in the state of Coahuila, a community of Seminole Maroons, also call themselves “Mascogos” (Mvskoke).  For me, this is a testament to the enduring connection between the Mvskoke identity and several Afro-descended communities in the United States and Mexico.