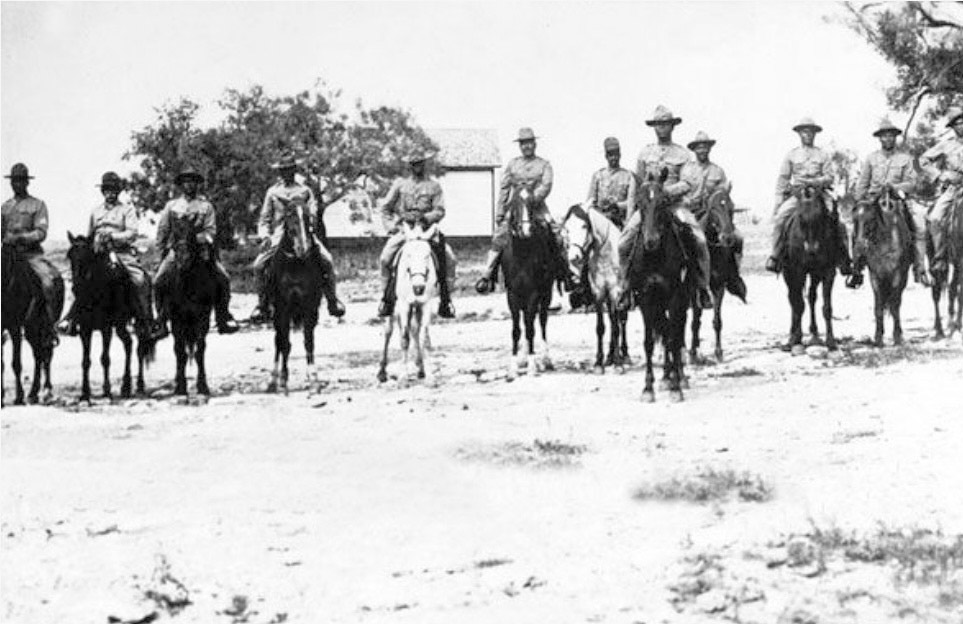 The third weekend in September is a special weekend in the tiny town of Brackettville, Texas. Once a year, the descendants of the Seminole Negro Indian Scouts gather there to celebrate their ancestors and their unique heritage. They come from all corners of the States, from Mexico, Europe, the Bahamas and anywhere where the Black Seminole diaspora led them. They are the proud descendants of a people whose history is both unusual and at the same time representative of what it is to be an American, born of the melting pot that this country truly is.

Seminole Days are celebrated on the third weekend of every September in Brackettville  Texas. Visitors are welcome!

On August 16, 1870, the Seminole Negro Indian Scouts were mustered into service. This first group consisted of only ten men, but as the group grew, they would become known for their brave and selfless service.

The Seminole Negro Indian Scouts mainly consisted of Black Seminoles. The Black Seminoles were a group of maroons who had escaped slavery in the Lowcountry region of the United States (North Carolina, South Carolina, and Georgia). Instead of running north, this group ran south to La Florida because it was under Spanish rule at the time. It is believed that the first Africans began seeking freedom in Florida from as early as 1693.

When the maroons arrived in La Florida, they found a group of Native Americans there already. This group was known as the Lower Creeks. They had broken away from the larger group of Creeks because of moral differences and had taken up residence in Spanish Florida. The two groups would eventually come to rely on each other as America continued to encroach upon their land.

There would be three wars – known as the Seminole Wars – fought between the United States and these two groups (Seminoles and the maroons now known as the Black Seminoles). The most significant war was the Second Seminole War.

Following the conclusion of the Second Seminole War in 1842, several of the Black Seminole leaders agreed to relocate to Indian Territory. They agreed to do this because they believed that they would gain their freedom once they got there. Sadly, many of the promises that had been made to get the group to move to Oklahoma were not kept. So they began looking for a way to change their situation as quickly as possible.

In 1849, the Seminoles and the Blacks Seminoles made an arduous 700-mile trek to Mexico. From 1850 to 1870, they helped protect the Mexican border from Comanches, Apaches, and encroaching Texans. They would become known as the Negros Mascogos.

After twenty years of service to the Mexican government, the US army approached the group and asked them to move to Texas and do what they had done for Mexico. The first group originally crossed over from Texas to Mexico on July 4, 1870. They were officially mustered into service on August 16, 1870, at Fort Duncan in Eagle Pass, Texas. As stated early, this first group of Seminole Negro Indian Scouts was made up of only ten men.

Between 1870 and 1914, more than 150 men would join and serve as members of this group. In 1872, they moved to Fort Clark, located in Brackettville. They would remain there for the rest of their service. Four of the men were awarded the Congressional Medal of Honor for their bravery. Their names were Adam (Paine) Payne, Isaac Payne, John Ward, and Pompey Factor. All four men are interred at the Seminole Indian Scouts Cemetery, located in Brackettville, Texas.

Each year, we honor the Seminole Negro Indian Scouts and their families during our three-day Seminole Days celebration. The final day of our celebration focuses on those who have passed on. We keep their names and legacies close to us. We honor their lives and their memories.