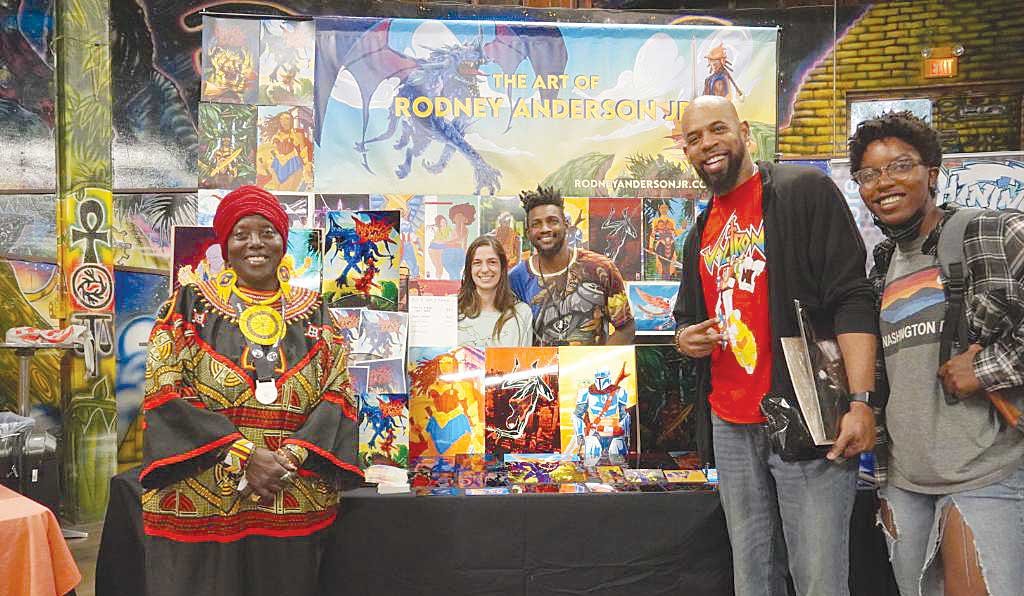 Another successfully fantastic Black Comix Day has passed at World Beat Center San Diego. This was the 4th annual event highlighting Black Men and Women that are creators within the comic book industry. This event is not nearly the size of The International San Diego Comic-con which has become a media hotspot for big Hollywood studios to showcase their upcoming blockbuster films, but is growing larger by the year. It is also different in that it’s a focused event that provides a platform that Black creators can premier their comics, films and other pop culture projects. That’s really the magic of the show; it’s essentially a Black comic-con designed for all other cultures to come and experience. And its free to enter!

Founder Keithan Jones and Curator Makeda “Dread” Cheatom who owns, The World Beat Center have aspirations of the show growing into a major event for high-profile studios to use as a platform to premier their movies, tv shows, games and of course the comic books. “Imagine a movie like, Black Panther having a sneak preview at Black Comix Day!” Says, Keithan Jones. “That would really put the show on the map in terms of popularity.”

The 2022 show was the biggest show yet since the inaugural show back in 2018. Television features by major networks like Fox, CBS, and NPR helped tremendously in getting the word out to the public. Artists and Writers attended from all the major studios like, Marvel Comics, DC Comics, Image Comics and especially a gamut of Black Owned Publishers like KID comics, 133Art, Fantasy Art Comics, Hero Unlimited and many more.

Black History Month has passed for the year, but folks are still buzzing about their experience at Black Comix Day and eagerly look forward to the 2023 show at World Beat Center!