Who counts as American Indian on the US Census? 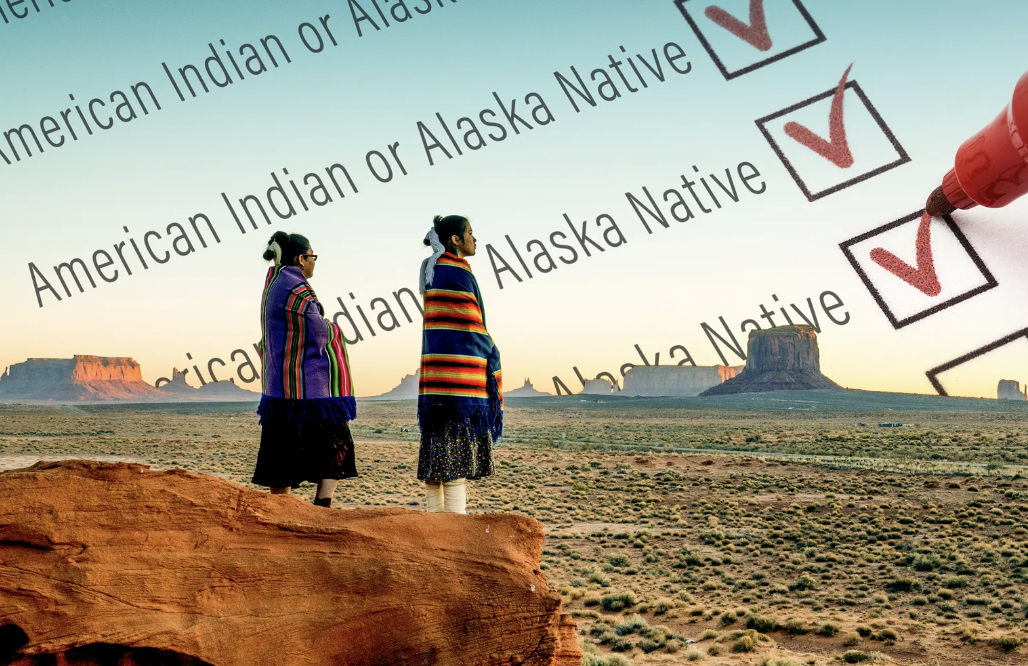 Who counts as American Indian on the US Census? The short answer: Indians get to have themselves counted as Indians. Since the 2000 census, when the Census bureau’s policy first allowed individuals to choose multiple racial categories on their responses, there has been an increase in the number of US residents identifying themselves as American Indians, along with checking other racial/ethnic boxes on the census form.

Just to be clear up front, the Bureau of Indian Affairs (BIA) used to admit that they do not have a relationship with all individuals or communities who might identify as Indian. Claiming Indian identity will not, by itself, make one a federally-recognized Indian. This article is about those us who live both inside and/or outside the jurisdiction of the BIA.

In 2010, the census recorded 5, 220, 579 people who were American Indian “alone of in combination” with other races. As for those who checked both Indian and Black; 269,421 checked the boxes for Indian and Black; and 230, 848 checked the boxes for Indian, Black and White. Because many folks who identify as Black will also admit to having partial White ancestry (though not the reverse), I am counting the Indian-Black-White individuals as “Black”. This is also the thinking of the Census bureau, which included that category and figures when tabulating the Black population.

Yet those half-million Black Indians make up 9.582% of the total American Indian population of 5, 220, 579, or almost one-in-ten Indians. In other words, folks who identify as partly Black represent a much higher proportion of Indians than they do of Black Americans.

In 2010, I promptly filled out the census form and returned it by mail.  I got a “call back” from the bureau. I suspect they doubted I was “really” an American Indian.  The guy on the phone asked for my Indian tribe, and those for my wife and children.  I told him my own Indian ancestral nation, that of my wife and those of my children, who were, of course, a combination of mine and my wife’s.  The call ended.

To this day, I don’t know if my family and I are counted in the Indian or Black numbers on the 2010 census, or both, as I had stated twice (in writing and by phone) to the US Census Bureau.

As a side note, despite the Bureau calling me back to clarify my tribal origins, the 2010 Census did not require a high degree of specificity in that regard. On the Census Enumerator Questionnaire (Chapter 5, Figure 5-2, published July 10, 2009), a respondent may record  themselves as “White”, “American Indian or Alaska Native” and write their principal tribe as “Spanish American Indian.”

Now “Spanish American Indian” is not a very specific origin, mush less than the three US-based Indian tribes I designated for my household. Why not be more specific and list tribes such  as Nahuatl, Maya, Otomi, MixtecTaino, Garifuna, etc, actual existing Indigenous cultures in Latin America? This reinforces my contention that the Census Bureau might actually be trying to “enlarge” the number of acknowledged-Indians by loosening the definition of who gets to identify as Indian.

To return to the original question, who counts as an American Indian? Those of us who stand up to be counted.