Something About Mississippi--Fannie Lou Hamer and Aunjanue Ellis 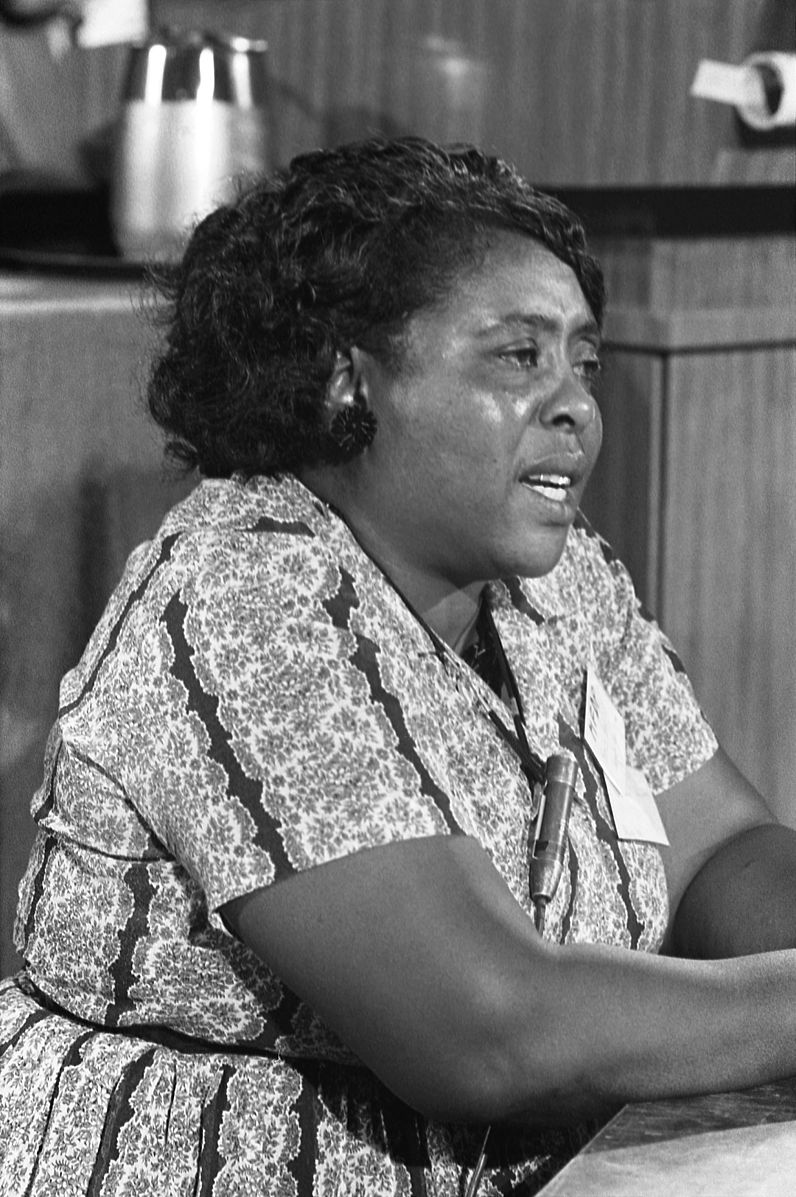 There’s something about Mississippi. My mom was born there, as were both her parents, and theirs, too. Mississippi drips in history. When I see videos from there, I feel at home. The people and their ways seem familiar.

I joined a Facebook group focusing on genealogy from just one county in Mississippi. Sure enough the group administrator turned out to be a cousin. Mississippi isn’t just familiar, its family.

My Mississippi home county was surrendered by the Choctaw Nation in the Treaty of Dancing Rabbit Creek. The Massacre of the Colored Farmers Union occurred in the county next door.  Emmit Till was murdered in that same county. Many of my relatives left Mississippi after similar, but undocumented incidents, of racial violence.

Some number of Choctaw and Creek Indians remained in Mississippi after Indian Removal, many hiding out in the Black community. One of my aunts, (who I won’t name, out of respect) a reported beauty  with waist-length raven-colored hair, was so lusted after by white men that they burned her alive when she refused to leave her husband and children for one of them. Going from Indian to Black was going from the frying pan to the fire, literally.

Actor Ms. Anjanue Ellis is portraying Mississippi Civil Rights Icon Fannie Lou Hamer in a short film, to be released on YouTube. Recently on MSNBC with host Tiffany Cross, Ms. Ellis discussed her activism  in her home state of Mississippi, and its politics. She referred to her opponents as “the Confederacy.”

At first I thought she was mistaken, but Ms. Ellis continued to refer to certain political forces as “the Confederacy,” not “the former Confederacy.” Ms. Ellis doubled-down on the term, also describing a lot of American places outside the South, as “the Confederacy.” (She posted a billboard in Mississippi with the words “We Shall Overcome”, from the Civil Rights anthem, written with Confederate flags, which annoyed many Black and White folks) It’s about the mindset, you see.

Ms. Ellis sang the praises of the late Mrs. Fannie Lou Hamer, the sharecropper turned Voting Rights activist who endured jail beatings and fifteen assassination attempts.  She  forced the Democratic Party to acknowledge Black delegates, and therefore Black issues, in the 1968 election. She, essentially, reformed the Democratic Party even before President Nixon re-organized the Republicans, in reaction to Hamer’s success with the Democrats.

Mrs. Hamer always maintained residence in Mississippi. After being evicted from the plantation where she had sharecropped for decades, she moved to Mound Bayou, a still-surviving all-Black town. She died there at age 59 in 1977, never having acquired any wealth or even the fame she deserved for her accomplishments.

Kyle T. Mays, a Black and Saginaw Chippewa professor, quotes Mrs. Hamer when she says when they “give the Indians their land back,... and they take the Mayflower from which they came…the Negro will still be in Mississippi.” (p. 90 An Afro-Indigenous History of the United States, by Kyle T. Mays)

Professor Mays goes on to say “It is not clear if Hamer knew people from the  Choctaw Band of Mississippi, but it would not be surprising if she did.” He also doesn’t say if Mrs. Hamer was implying the Negro was, in fact, one kind of American Indian, or at least part-Indian, though its clear Mrs. Hamer believes the Negro belongs in Mississippi moreso than the people from the Mayflower.

Professor Mays rightly adds “The Choctaw of Mississippi…benefitted from the civil rights activities” of Black Americans.

As my mother, grandmother and most other relatives had left Mississippi in the 1930s and 1940s, I have never visited there.  My own family’s stories, along with other anecdotes, and sometimes even recent events, continue to add to the Mississippi mystique.

Mississippi has remained mostly rural. Mississippi has no equivalent of Charlotte, or Atlanta, or Dallas–growing Southern cities that don’t seem as beholden to the Old South’s (the ex-Confederacy's) way of doing things--as a way of attracting returnees.  Mississippi’s largest, and mostly Black city, Jackson, does not even have safe drinking water.

Though to be fair, Mississippi has its charms, even from afar. I showed my flute-playing tween a video of the Rising Stars  Fife and Drum Band of north Mississippi (where the musicians make their own reed flutes, and is said to have influenced the percussive nature of Mississippi Blues, and by extension Rock and Roll music)  My tween’s response. “Mississippi seems like a nice place.”

There’s something about Mississippi. It’s not just familiar, it’s family.