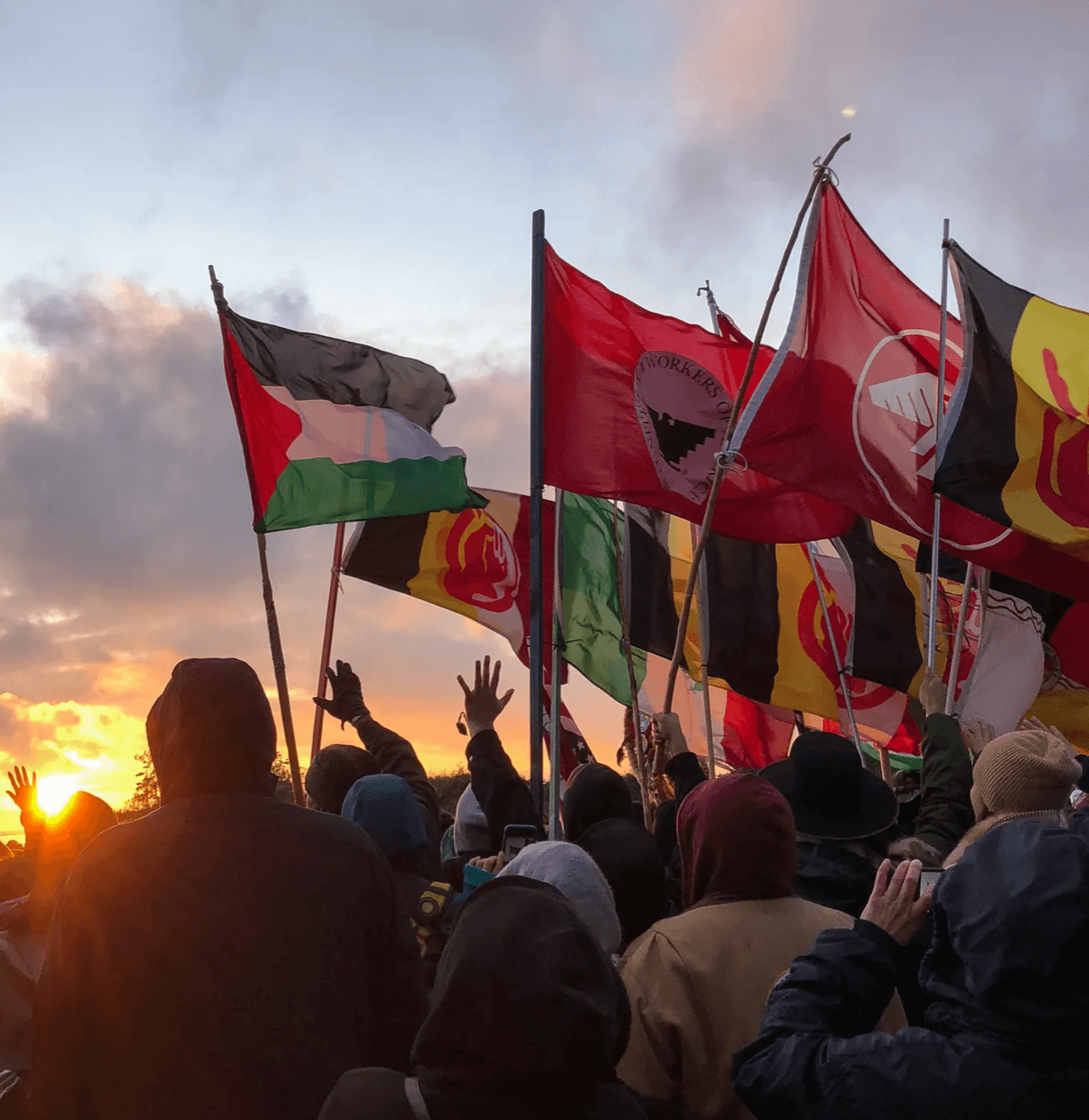 America is Indian Country, always has been, always will be, no matter what. In 2022 we must protect the people and Indian Country by exercising our right to vote in all forthcoming elections this year and in the future.

At this time, the John Lewis Voting Rights Enhancement Act and the Freedom to Vote Act are before the United States Congress as proposed federal legislation to consider and approve.

A Man of God

God bless you Mr. John Lewis. You were a legend, a prophet, a Warrior and a gift from God to humanity.

Many years ago, when I was the Director of the Navajo Nation’s Foster Grandparent Program, we invited Mr. Lewis to be our keynote speaker at our Annual Elder Awards Ceremony. He accepted and I picked him up at the airport in Flagstaff, Arizona and drove him to Tuba City, Arizona on the Dine’ Nation about ninety miles away.

The Navajo Foster Grandparent Program recruited and placed over 200 Dine’ elders in public schools, boarding schools, special education schools, and day care centers to teach their valuable knowledge to children. Their special presence in the schools was like placing a true living history book in the classroom filled with infinite knowledge, dignity and indigenous wisdom.

As we drove, Mr. Lewis asked me where the border of the Dine’ Nation began and I told him about ten miles outside of Flagstaff, with the remaining eighty miles all Dine’ land. He said “This land is so beautiful. You mean all this land is Navajo Nation land?” I proudly said “Yes, it is.” I will always remember what Mr. Lewis sincerely and thoughtfully said, “Don’t ever let anyone take this land away from you because It is God’s blessing to the Navajo Nation.”

Mr. Lewis visited with over two hundred elders from all over the Dine’ Nation throughout the day. He gave an inspiring and heartfelt keynote speech on Civil Rights that hit home to an audience of humble and powerful Dine’ elders, many of whom were respected community leaders themselves. He clearly spoke from his heart emphasizing the fact that all individuals, regardless of race, color or creed, are equal and have rights under the law.

He graciously sat down with the elders and ate stew, frybread and roast mutton cooked over an open fire. There was no pomp and circumstance, he was one of us, comfortably visiting, listening, and laughing with our sacred Dine’ elders. Throughout the day he told me some wonderful stories, among which were his recollections of the great Dr. Martin Luther King. He had a sense of humor, curiosity and respect for the Dine’ people, land and culture.

In their own humble way, during the recognition ceremony, some elders would approach Mr. Lewis, shake his hand or hug him, and respectfully give him simple handmade gifts they made themselves, or with the school children, such as beadwork, drawings, yarn patterns, and artwork. It was their way of showing respect and love.

Throughout the day I knew I was in the presence of greatness. As Mr. Lewis was departing the terminal to board his flight, he turned to me and said, “If you believe in something, fight for it and never give up.” Yes indeed, Mr. John Lewis was a dignified spiritual humble powerful man of God. He truly had the Warrior Spirit and Indigenous Wisdom ingrained in him. It was an honor to spend at least one day with him, a day I will never forget.

Thank you, Mr. John Lewis for your beautiful life serving our Creator, fighting for the people and never giving up. You did your duty serving God by being the champion of voting rights for America’s everyday people.

Mr. John Lewis embodied all the values and characteristics humanity needs – above all, love for the people, recognition of their inalienable rights, and service in honor of our Creator.

The Fifteenth Amendment to the United States Constitution prevents states from denying the right to vote on grounds of “race, color, or previous condition of servitude.”

The Voting Rights Act of 1965 is a landmark federal legislation in the United States that prohibits racial discrimination in voting.

Despite these current federal laws, times have certainly changed from goodwill to evil plots, self- interests, insurrection ploys, and blatant lying. Today, more than ever, there is real-life voter suppression raising its ugly head in America. These racist and discriminatory tactics include –

Rise Up Indian Country! There is not one answer to enhancing voter participation in forthcoming elections. However, Tribes must plan ahead and be proactive in voting initiatives based upon prayer, leadership, community involvement and their own unique circumstances.

These tribal or community based proactive voting initiatives, an action plan for involvement, should include -

Native Americans love this country more than anyone will ever realize. The dubious dates of 1492 i.e., Columbus “discovering” America, and 1776 i.e., the “Declaration of Independence” are misnomers to the real facts This land we call America is recognized and honored as Mother Earth by Native people and tribes going back to time immemorial.

Yes, real native history pre-dates both these dubious dates and misinformation by thousands of years. In fact, to exemplify the bond to the land we call America, Dine’ people emerged from the center of Mother Earth.

Our Native veterans bravely volunteered, defended and died for our country. Today, many of our brothers and sisters are suffering from physical, mental and spiritual illness as a result of their service and love defending this country. Yes indeed, Native Americans love this country more than anyone will ever realize from a deeply honored Indigenous foundation, essence and perspective.

The great John Lewis - “If you believe in something, fight for it and never give up.” America is Indian Country, always has been, always will be, no matter what. Remember and embrace that we are a sovereign Indian Nation, not a subservient government to local, county, state and federal governments. Amongst racial, economic and political divide intentionally caused by special interests for power and greed, let our great sovereign Indian Nations UNIFY through our timeless connection and infinite grace and love from our Creator.

My dear beloved Native people YOU COUNT! Your family, extended family, Tribe, and all ethnicities count. Rise up Indian Country and be heard through your vote.

All my love and respect to you, our elders, and our great Indian Nations.