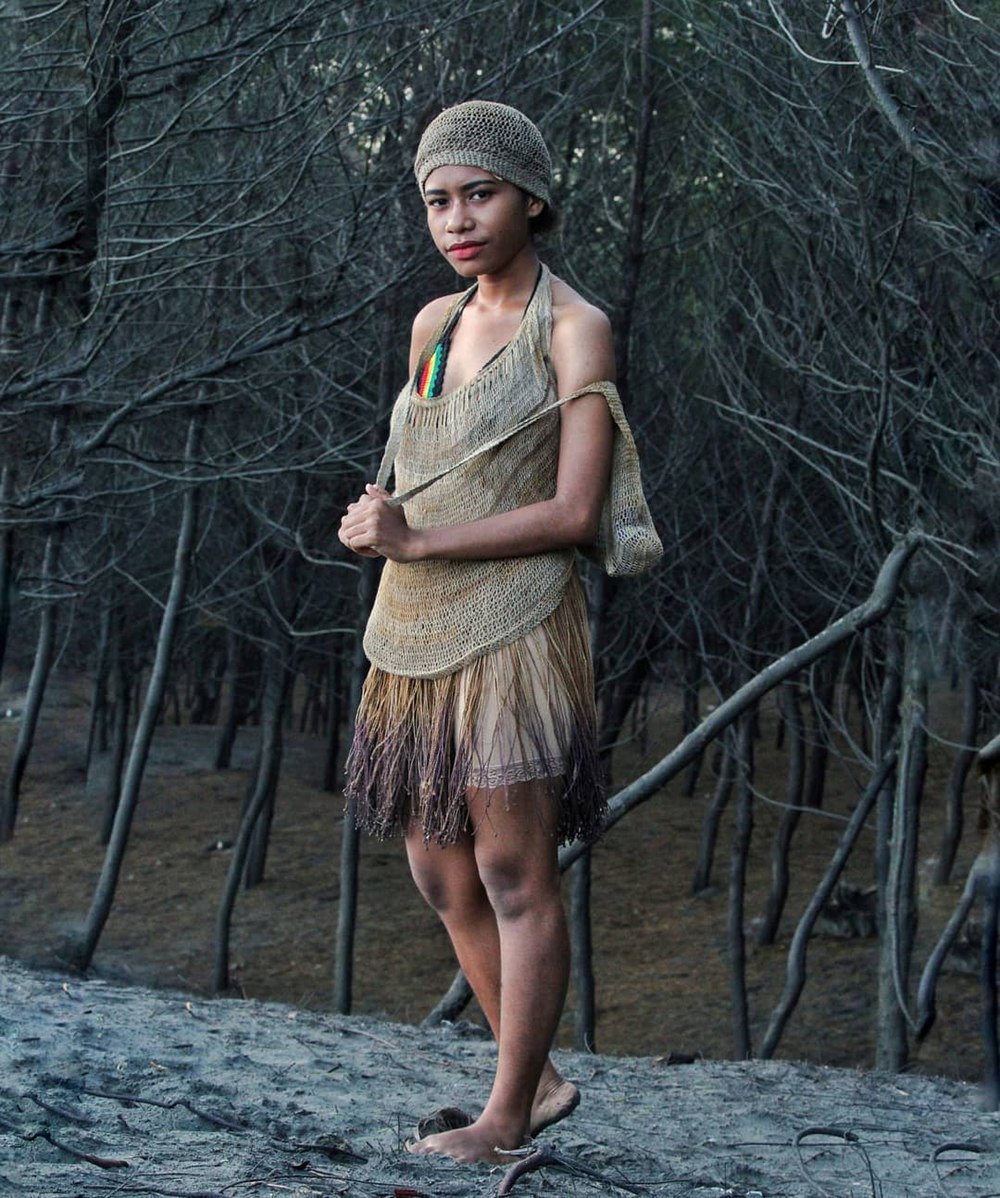 How long ago did people learn to cross the vast Pacific Ocean? And who were they?

Western science has been reluctant to admit that Austro-Melanesians, who include Aboriginal Australians, Fijians the people of New Guinea (among other people in Southern Pacific islands), are the first people to reach South America.

Brazilian studies have revealed the presence of Melanesian DNA from the Surui and Karitana people of the Amazon;and the Chotuna, descendants of the the Mochia civilization that existed from 100-800C.E. (A.D.) The Surui had been a relatively isolated from European colonists until 60 years ago, making it highly unlikely they received Melanesian DNA from the Spanish or Portuguese trans-Pacific trade in human beings.

Austro-Melanesian DNA has also been found among Aleutian islanders, reinforcing the theory that even some peoples who crossed the Bering Strait were likely dark-skinned. That’s what “Melanesia” means, land of dark people.

Because Western academia still holds to the Bering Strait theory, then the next logical question is what happened to the Melanesian DNA in North American populations? Michael Price, in Science magazine, proposes that the Melanesian DNA died out in the “early aftermath of European colonization.” [ii]

Mr. Price does not elaborate on why carriers of Melanesian DNA would have been the most vulnerable to “colonization.”  Were they darker-skinned than other Indigenous Americans, and thus more targeted by slave traders? Also possibly they were dominant on the Atlantic coasts of North and South America, and therefore the first to discover the European invaders?

There is a practice among scientists to routinely exclude DNA results that do not fit definition of “Indigenous American” DNA, when it turns up in communities that define themselves as Indigenous American.[iii]In other words, the scientists are trying to reconstruct a “pure” Indigenous American DNA profile, at least 530 years (minimum) after such purity had ceased existing, if it ever had.

In 1836, a US Lieutenant wrote that the remarkably dark complexioned Yamassee had been absorbed into the Seminole nations, including the lineage of Seminole chief Micanopy, whose Indian status was never questioned by the US Government.[iv]

In1894, The US Census Print office acknowledged the “past” presence of dark-complexioned Yamasee or Jamassi Indians “found widely scattered among the inhabitants of North and South America.” Paying particular attention to the Yamasee tribes on the coastline of what is now South Carolina. The Authors note the Yamasee Indians having been hunted for enslavement as far back as 1520.  “It were, strange, too, if negroes first occupied” the South Carolina coast, “where they now predominate.”[v]

Even the 1890s race-obsessed Census Bureau felt the need to mention melanin-rich Indians, even those who were currently being classified as “negro.” In 2022, its more than past time for Western geneticists, historians and anthropologists to acknowledge that a large number of Indian peoples in the Americas have been reclassified as Black or Negro.

That would solve the mystery.

[iv]“Sketch of the Seminole War, and Sketches during a Campaign. By a Lieutenant ofthe Left Wing, Charleston, 1836. Printed on page 60 of Black People areIndigenous to the Americas, by Kimberly R. Norton, M.S. Mathematics, 2016.