Louisiana Indians Who Defied Removal: as seen in "12 Years a Slave" 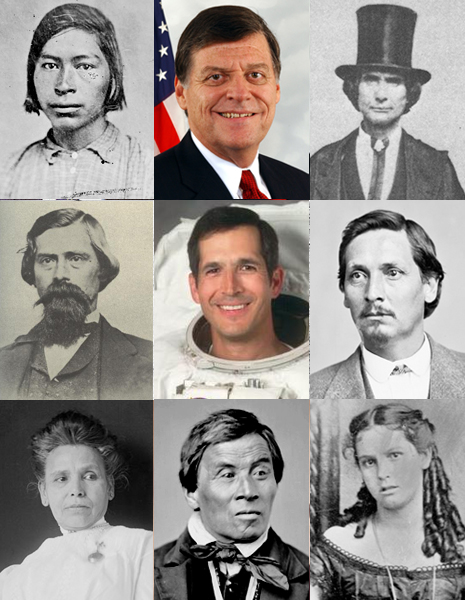 Solomon Northup was a free Black Man from New York State who was kidnapped in 1841 and sold into slavery in Louisiana.  After being freed in 1853, he wrote his memoir “Twelve Years a Slave”, which was made into a movie in 2013.

Northup details many aspects of his life in captivity, his skill at engineering that his white masters used for their profit, character profiles of his fellow bondsmen and his various “owners,” both the tolerable and the violently sadistic.

In one phase of Northup’s bondage, he cuts timber with a fellow bondsman named Sam.  Their job is to journey up Indian Creek (a tributary of the Sabine River) in Rapides Parish, Louisiana, and then float the logs downstream to the mill, where their “owner” sells them. It seems Northrup and Sam are left alone by the white master for weeks on end as they work in the woods, and this is where they encounter Indians.

“A remnant of the Chickasaws or Chicopees, if I remember rightly” (p.63), Northup writes. “They subsist principally on the flesh of deer, the coon, and opossum, all of which are plenty in these woods. Sometimes they exchange venison for a little and corn and whisky with the planters on the bayous.”

“Mounted astride their ponies, men and women, I have seen them dash out into the woods at the utmost speed, following narrow winding paths, and dodging trees, in a manner that eclipsed the most miraculous feats of civilized equestrianism.” (p.63)

In the movie “12 Years a Slave”, Northup’s interaction with the Indians is implied to be one chance encounter, but in the book Northup and Sam meet the Indians several times. He describes their chief, Cascalla and his second in rank/son-in-law, John Baltese. (p.64)He writes that he is present at several of their celebrations, often when tribes from Texas visit, there is a big party with lots of music and dancing.

Northup and his enslaved companion, Sam, both are allowed to join in the revelry, enjoying the food, drink and dancing.  One wonders how intimately they may have socialized with the Chickasaw women, but Northup does not mention that.  One wonders if he or Sam asked the Indians to help them escape, or be adopted into the tribe, but Northrup does not mention that either.

It seems likely that the Chickasaw were not about to interfere with the plantation owners’ control of the enslaved population. So Northup and Sam are allowed to socialize freely with the Chickasaw as long as the status quo is respected. Its noteworthy that these Chickasaw, unlike the Chickasaw people who are removed to Indian Territory, are no longer farming and have no interest in acquiring slaves.

Solomon Northup’s account coincides perfectly with the scholarly work The Historic Indian Tribes of Louisiana, From 1542 to the Present, by Fred B. Kniffen, Hiram F. Gregory and George A. Stokes. Here, the authors map out central Louisiana as a place of refuge for several “Immigrant Tribes” who moved into Louisiana after 1764, when the area was under French of Spanish control.

This migration occurred as British and later U.S. expansion forced numerous Indian peoples out of what became Alabama and Mississippi, among these were Apalachee, Taensa, Mobile and Pacana Muskogee. Even though Mississippi Choctaw benefited and aided U.S. expansion in Mississippi, some Choctaw bands were among the displaced folks in Louisiana, apparently not allied with the pro-US Choctaw.

With a reprinted map from the Louisiana State University Cartographic Section, "Historic Indian Tribes," indicates that Sabine River region became the permanent or temporary home of some Choctaw and Alabama Indians. Northup’s describing his Indian neighbors as “Chicopees” may be a mistake, as the Chicopee Indians were Algonquian-speakers from Massachusetts, but perhaps they had migrated from New England in decades past. Considering that the Algonquian Shawnee had also made a home as part of the Muskogee Confederacy, this is not so far-fetched.

The Historic Indian Tribes report corroborate the likelihood of Northup meeting Indians on the Sabine River Region, and the folks he met were most likely Muskogean-speaking people speaking close languages of Chickasaw, Choctaw and Alabamu/Alabama.

As for language, Northup does not say in which language he communicated with these Indians. Chief Cascalla and his people possibly knew some English if they had migrated from the British-and US-influenced areas to the east. They might also have spoken the Mobilian Trade Language (Yama), which remained a common lingua franca among all races in Louisiana well into the 1800s.

Perhaps Solomon Northup was correct in calling them Chicopee Indians, and perhaps a Chicopee band had indeed journeyed into the South and became associated with Choctaw and Chickasaws through marriage and ceremonial adoption.

Northup had some association with Indians back in the northeastern US. He was married to Anne Hampton on Christmas day, 1829.  She is “a colored girl” who is unable “to determine the exact line of her descent, but the blood of three races mingles in her veins. It is difficult to tell whether the red, white, or black predominates.” (p. 7) He further writes that his wife, Anne, “cannot properly be styled a quadroon, a class to which, I have omitted to mentioned, my mother belonged.” (“Quadroon” referred to a person of one-quarter Negro ancestry.)

Though Nigerian actors Chiwetel Ejiofor and Adeper Oduye portray Mr. and Mrs. Northup in the movie, Northup himself writes that he and his wife have a large amount of non-African ancestry and possibly Indian ancestry. Considering the extent of the colonial slave trade in New England and New York; and the existence of enslaved Indians in the plantations of Rhode Island, where Northup’s father was born, it seems highly likely that Solomon Northup is of Naragansett or other Algonquian Indian descent.

His identification of the Sabine River Indians as Chicopees may be entirely accurate, as they would have been fellow Algonquians.  Perhaps his amiable interaction with Chief Cascalla’s people was enhanced by their common Algonquian heritage.  One can only wonder.