Is Indian Removal Legal If the President Isn't? Ishmael Bey Thinks Not 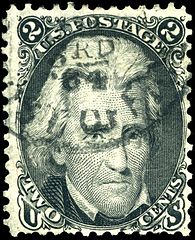 Andrew Jackson signed a loyalty oath to the King of Spain in 1789.  This was before he was elected President, and it should have disqualified him for the office.  As the US military has often employed foreigners, his actions in the Creek War and War of 1812, however extreme,  were technically legal.

But election to the highest office in the land?

Independent scholar Ishmael Bey raises this to question the legality of Indian Removal, in his website Firsttribenation.com.  Mr. Bey cites several documents recently found in Spain, showing Andrew Jackson, did, in fact, sign an oath of loyalty to Spain.

If this fact had come to light while running for office, Jackson would most likely have renounced his Spanish citizenship and still gotten elected. Remember, he was born in 1767, nine years before the United States even existed.  All the presidents before him had been born as subjects of the United Kingdom, so presumably his oath of office was enough to qualify him for the presidency in 1829.

But was it? How loyal did Jackson remain to Spain?  How much connection did Jackson maintain with Spain?

It seems, quite a lot.  Around 1818, General Jackson acquired a male Seminole captive named Fernando. This individual, likely still a teenager, had been enslaved in Spanish Florida before fleeing to the Seminoles.  Once captured, the army realized his value as he not only spoke Spanish, he could read it as well.  Instead of sending Fernando to the auction block, Jackson took him home to Tennessee, where he was tasked with translating Spanish documents.

Fernando, renamed Polydore, earned Jackson’s trust and was put in charge of keeping the financial records for the plantation. (Enslaved accountants were fairly common in the South). He was allowed to have a wife and children.

As proof of Fernando’s value, the widow of his former master, Sartorios, in Spanish Florida offered Andrew Jackson to buy him back for $500.00.  Jackson refused, and Mrs. Sartorios even wrote a letter to Fernando himself, criticizing him for running away, but to not seek freedom again but instead “treat your new master with fidelity and constancy until his death.”  Fernando/Polydore outlived Jackson, who died in 1845, and passed into the “ownership” of his son Samuel Jackson.

Fernando may have accompanied this Jackson into the Tennessee Confederate infantry in 1861, but no records confirm this. The date of his death is unknown.

So back to Mr. Bey’s original question: was the ethnic cleansing of the Old South a legal act considering Andrew Jackson’s considerable involvement with a foreign government?  What about the annexation of Florida itself from Spanish control, where Jackson had served as military governor in 1822?

One might wonder what involvement Jackson’s Spanish connections had to do with the “annexation” of Florida, which unleashed a Second Seminole War. Did Jackson’s double-agent status, along with Fernando/Polydore’s translation services enable him to even pull off the massive land grab and expel or enslave the Seminole people who lived there?

Mr. Bey details several implications of Andrew Jackson’s Spanish citizenship, the biggest one being that as a foreigner with loyalty to another country, he was not entitled to carry out any acts against the First Peoples of this land. Not against the Seminoles, the Creeks, Chickasaw, Choctaw or Cherokee Nations and the tens of thousands of their members.

Cox, Dale, The Fort at Prospect Bluff, the British Post on the Apalachicola & the Battle of Negro Fort, Old Kitchen Media press, 2020.