Black and Mexican Indigenous Protest Together 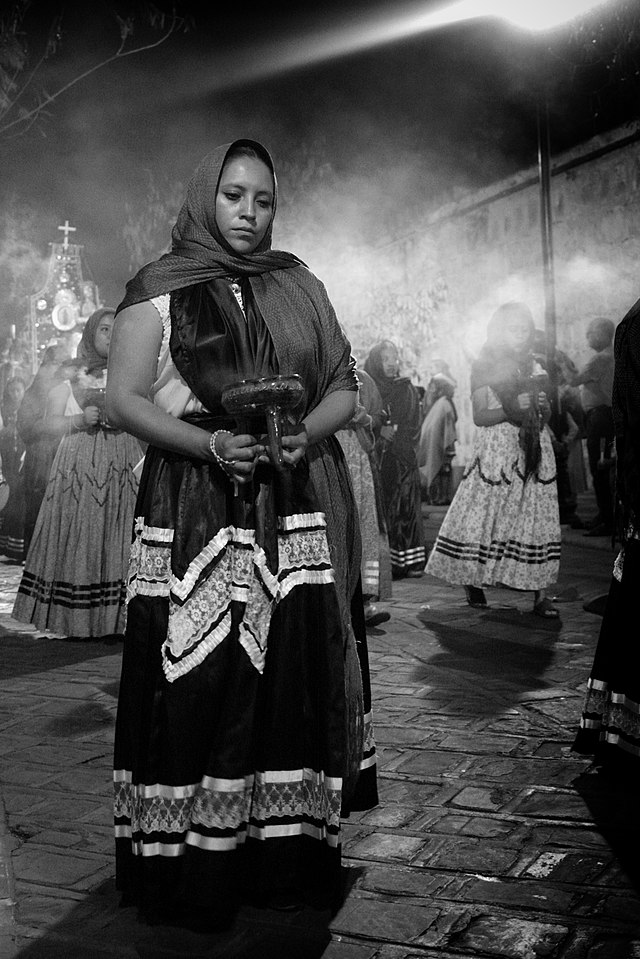 October 11, 2022; 9am, Pacific Time—Los Angeles power struggles are in fuller view now that the City Council President has resigned after making anti-Black and anti-Oaxacan comments to three other councilmen.

This Gang of Four was conspiring to carve up the voting power of the Koreatown neighborhood, which despite its Korean business district, is now heavily Latinx (53.5%) in population. Koreatown is also 7% Black, only 2% less than the 9% Black proportion for the entire city of LA.

Protesters gathered at the Sun Valley home of Councilwoman Nury Martinez. Both Black and Mexican protesters, some waving a large Mexican flag, were present.  This was over the Indigenous People’s Day weekend.

City Council president Nury Martinez made particularly egregious comments about the Black son of councilman Mike Bonin, calling the child a “monkey” in Spanish. Councilman Bonin and his husband tied the knot in a ceremony conducted by LA Mayor Gil Garcetti.  Ms. Martinez has since resigned from the presidency of the council,  but retains her council seat.

Ms. Martinez’s comments, and her agenda to dilute Black voting power in a region that has seen increased tension between Latinos and Blacks in Los Angeles County, revealed the machinations of at least some Latinx officials in decreasing the power of Black Angelenos. Abuses by the Los Angeles County Sheriff’s department in Compton, and a Latinx gang actually murdering Black people in order to drive them out of a certain neighborhood, are some of the hot points in this apparent drive to drive Black folks out of Los Angeles.

To call this simply a Black-Latinx conflict is to miss another issue in this controversy. Ms. Martinez also made negative comments about the Oaxacan Indigenous community in Koreatown, referring to them as “short, dark and ugly.” She revealed anti-Indigenous racism operating in the culture of many Latinas/os.

And her distaste for Oaxacans was not only aesthetic, as her plan to carve up Koreatown into several council districts would have reduced the political power of the Oaxacan community, who like her, have origins in Mexico.

In the early 2000s,  I watched some Mexican Telenovelas each morning before going to work. The visibly Indigenous actors were almost always cast as the domestic help, never as the principal characters.

When I lived in LA in the 1980s, LA had a Black mayor, Tom Bradley and at least two Black members or City Council.  Oddly there was not a single Latinx councilperson, due to the way council districts were drawn.  Due to an established Black American political culture, and higher voter turnouts than Latinx populations, Black people still hold three out of fifteen seats on the LA City Council.

Neighboring Compton, which is 70% Latinx and only 25% Black, still has a Black mayor. Still, Black Americans have been fleeing Los Angeles for the past 20 years, usually to Las Vegas or Texas, due rising housing costs, crime, or active targeting by other elements.  Black Angelenos have more power in City Hall than they do in the  economic life of the neighborhoods where they live.

Things are different now.  LA has had one past Latino mayor. The current Sheriff, Alex Villanueva, is Latino. The Progressive District Attorney, George Gascon is also Latino. Councilwoman Nury Martinez’s opinion of Gascon: “F*** him, he’s with the Blacks.”

And how different might things be in the coming years? How long will the political coalition between Black and Oaxacans last? There are other progressive elements in the Latinx community who might rise in prominence as this current anti-Black political cohort leaves office. Only time will tell.

Update:   Nury Martinez has resigned from her City Council Presidency, and also from her her seat as a City councilperson.

Ron Herrera, a Labor leader has resigned from his post as Chief of the  LA County Labor Federation of Labor, at the behest of the parent union, the AFL-CIO.

The other two councilmen in the recorded racist convo, Kevin de Leon and Gil Cedillo, currently remain in their seats.

President Biden had stated that his fellow Democrats, Martinez, de Leon and Cedillo should all resign from the City Council.